Then & Now – The Commodore

I expect to see the Commodore on the table a little more in Mk3.

The fact that this unit can work with Fiona the Black and Captain Bartolo Montador will see to that.

The Stat line for the Commodore didn’t change and the Crew lost a point of ARM. 12 -> 11, Either way, they die from a stiff breeze. The Cannon crew now has a command of 3, it used to be 7.

Cross Trained is gone. So the three man gun crew can’t steal from Sea Dog Boarding crew anymore. I have never seen this happen, but it was a nice idea. 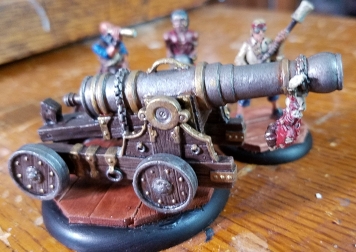 Focal Point is a little simpler because everything tied to a 3″ command.

The Attack Types are ROF 1 and you pick which type. 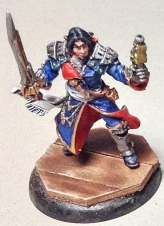 moves Friendly Faction models in his control area 3″. Blow the Man Down knocks the target down. Coup de Main give +2″ movement. Phantasm give ranged attacks targeting -5 RNG, nice to keep the crew alive. Veil of Mists’ cloud could help keep the crew alive too..

Fiona the Black can use Affliction to lower DEF. Nonokrion 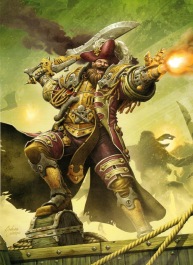 Brand ignore intervening models and make this a magic attack. Maybe the crew are cultists and give Fiona an upkeep, but losing a model for it may not be your best option.

Bartolo’s feat knocks down everything in his Control range. His spells that might help are battle group….  Sadness.

Master Gunner Doughal MacNaile can (special action) add +2 RAT & reroll direction and distance once per shot. Once per game he can give Double Powder Ration – +2 RNG to friendly Privateer model’s in his 8″ command range. 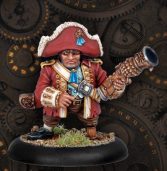 Lord Rockbottom can spend some coins to give the crew tough or add +2 to ranged attack and ranged damage rolls.

Dirty Meg can repair the Commodore. That’s a small thing that can be a big deal.

Now back to that BFC. Big F’n Cannon!! Think about a 24″ Pow 16 with a +2 RAT and Damage roll that ignore intervening models… I hope your smiling now… 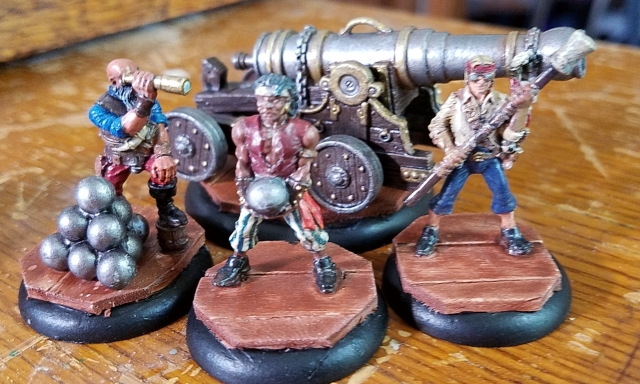 Those are some of the tricks. Now you can take a Privateer caster other than Shea, give the Commodore a road test. So I’m sure you can come up more tricks than I have listed here too.

This entry was posted in Mercenary, Painting, project, Uncategorized, warmachine. Bookmark the permalink.