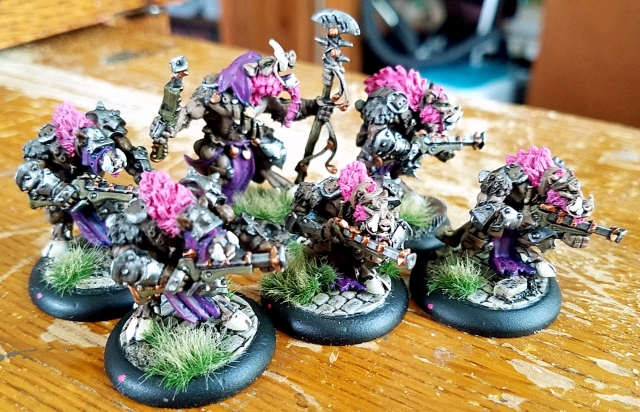 For many years, I have chat’d and swapped emails with DiceWraith. 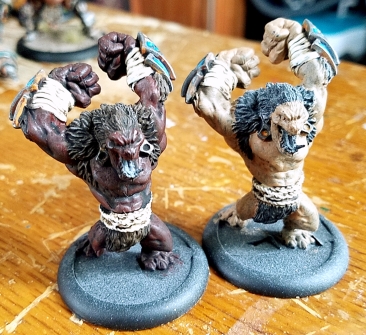 There was a Paint & Swap in 2010. I was doing Croak Hunter. DiceWraith watched progress on my blog and I think he saw the finished product too.

Link to that Froggy project.

Good time and bad for both of us. He told me he was in a tough spot for money and was selling some of his armies. I know the history of some of them. When things got really bad, he decided to sell his Farrow. I broke the piggy bank and bought them. 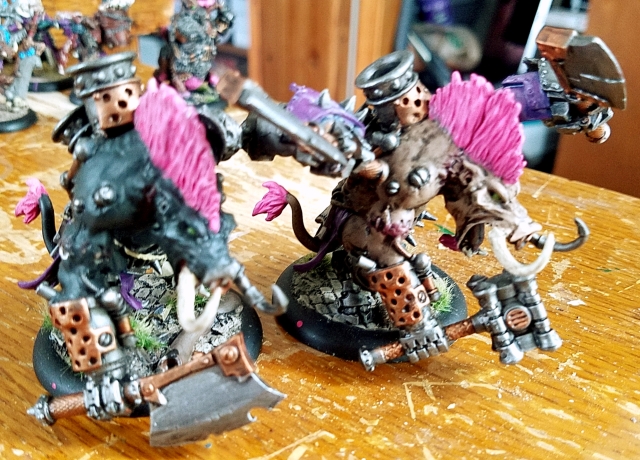 They are about 80% of everything you would ever want in Pig. The vast majority of it is well painted and a lot of it has Pink accents. It is his Breast Cancer Army. 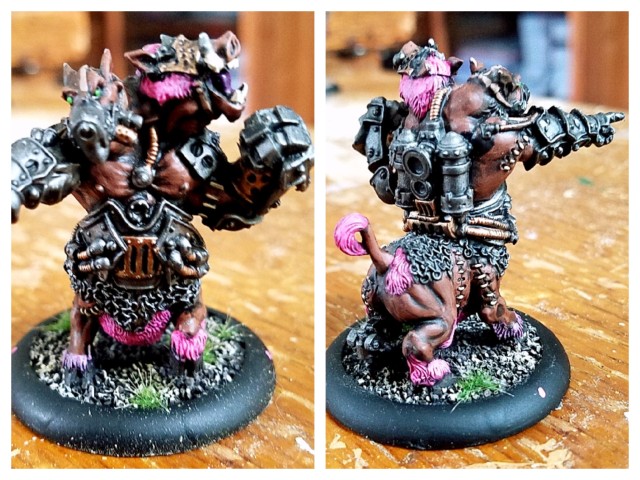 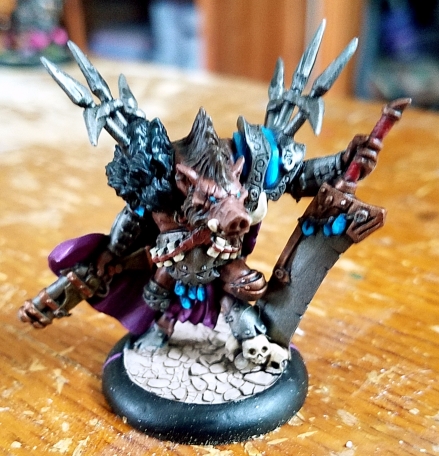 The Black and Red model are all things I took from the Thornfall Allince Mk2. Story wise they work with the Farrow. So, I will stay with those models and add obvious Farrow addition from Mk3 project until I get real Mk3 theme information. 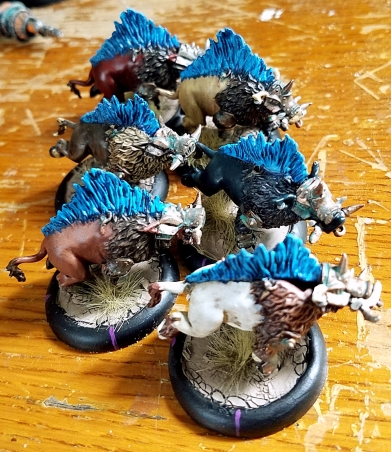 Gudrun the Wanderer-PC: 5 (My addition) 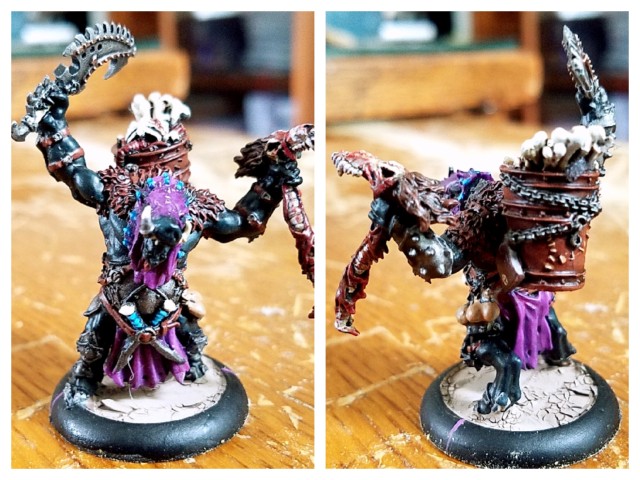 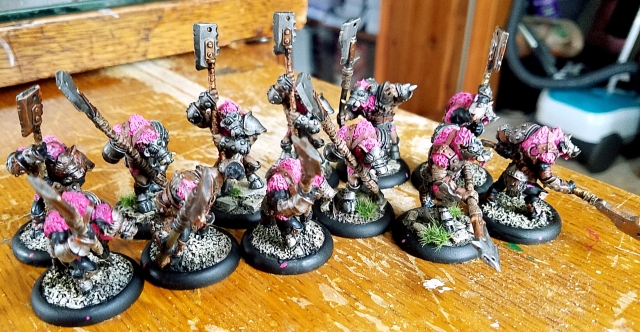 I am the caretaker of this army. I don’t feel like I own it. I will paint some models and play some games. There is a style to them and anything I try to keep his style in anything I paint. 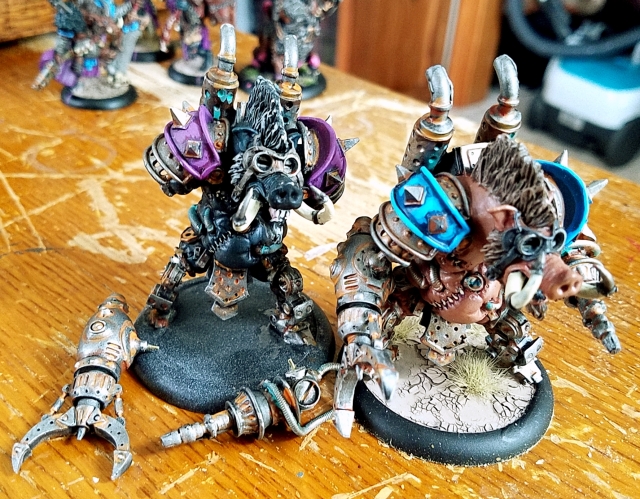 I talked to DiceWraith about couple of minor changes. He agrees (well, that is what he said).

He has a random mixture of Blue and Pink Mohawk hair on the units, solos, Warlocks and beasts. I will make this into 50%. Two Road Hogs will be one pink and the other one blue. Units and Beast. Solos and Warlocks will have pink Hair or highlights. Non Farrow solos and Units will have some pink highlights.  I like the secondary purple on the cloths on some models, so that will stay as a painting plan color. 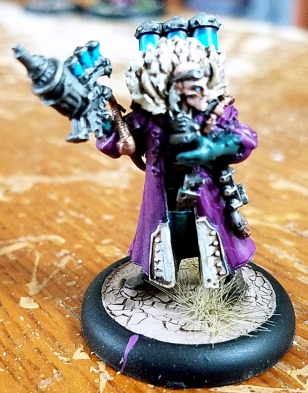 Add some fire/smoke to the Beast Boilders and maybe some to Strum and Drang. It sure looks like there a small boiler that they share.

The basing needs to be standardized, not sure how, but something will bubble to the top…

With Mk3 here and news of theme list book freshly posted on video, I wonder if a year from now we will have a Minon, Gator or Farrow Theme book. No way to know …..

When your given Mk3,

I guess I mean, without real information, I have to make it up as I move ahead.