Project Tipsy Hippo – Update #4 – A Trio that can Dance

Con Crud is losing its grip. I felt pretty good today, but by late afternoon, I was bushed. 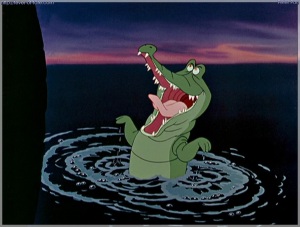 I wish I was working on I want a new Hat!!, but with zero piggy news, I can’t work on them. Soon I will have to put them away. Seeing them waiting on my desk every day is depressing. Another reason almost everything I have painted in the last couple of months has been my dark Menoth colors. I would like some variety.

Because I was feeling better, I was pushed out of house as early as possible. I did some banking and went to the LGS.

I have not been to the LGS to paint in almost two months, maybe more. That place is one of my few social outlets. Conversation with multiple people was a tonic that I really needed. I can hear you say, what about TempleCon. That is a very busy convention. Not a lot of time to relax. Pretty much all business and organizational discussions.

I got to watch most of a game of Convergence vs Cephalyx. A casual game between friends that included joking about the units and models. Smack talk about who was a worse player. My only regret is that I didn’t get to see the end.

I retired in October and quickly the care of Peggy became a full time job. Quite a bit of stress and strain there too. From mid January until a few days ago, I had persistent back pain. I am so happy that this pain has been slowly going away. For the last few days, I have been twisting and stretching my back I am pretty sure this was muscles from moving Peggy. One worry seems to be gone now.

Yes, I got some painting done. Nothing unexpected or surprising.

Not quite done, but almost. Face mostly, some touch up. Pretty happy with the three of them.

I picked up the second Idrian UA today. So I have all the models unless I pick up another light jack or two.

I’m not sure what is on the table for tomorrow, but who does.