What do you expect!! I’m waiting for the Piggy, so I have to have something to do!

So, if you look at the cart below, there is already some Purple! Jacks and solos from other theme list.

I may add another jack or two to this project.

Most of it is 30mm bases. Forty one models to be exact. Some people swear that tier three is the way to go, but I want to use several Light Jacks and reclaimers to make this list hum.

Who else runs around without a steam powered force-field strapped to his/her back. Only one other and she floats too. Who else went toe to tow with the Butcher and walked away.

I wish he played as well as his fluff..

So, I started working on him today. Crackle plaster is drying on the base, brush on primer is dry. 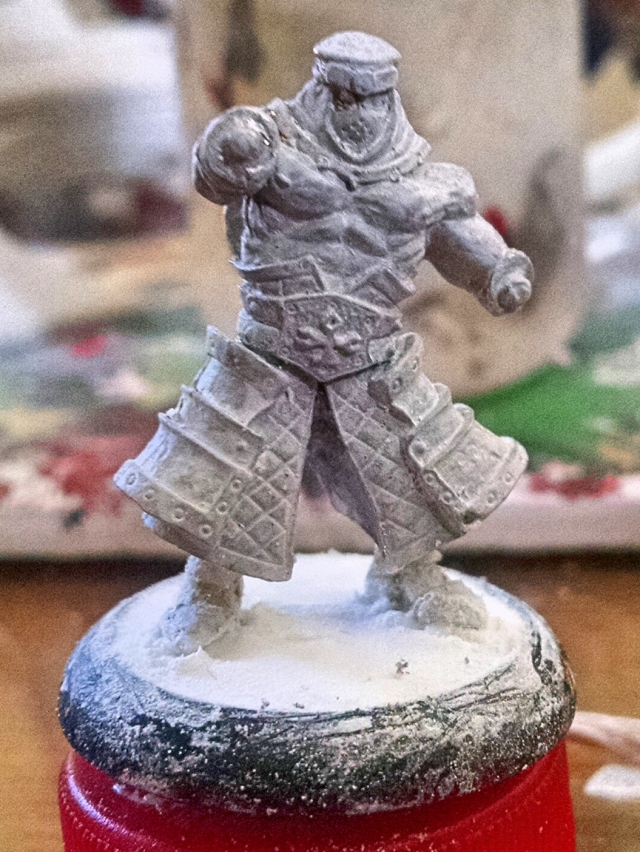 Started with Idrian Flesh. Only the chest, back, arms and around his eyes to do. Shading was with Umbral Umber, Khador flesh and Midland flesh.

Basecoated the gold, Rhulic of course. Not shown are the hands. Some white and black on his eyes too. 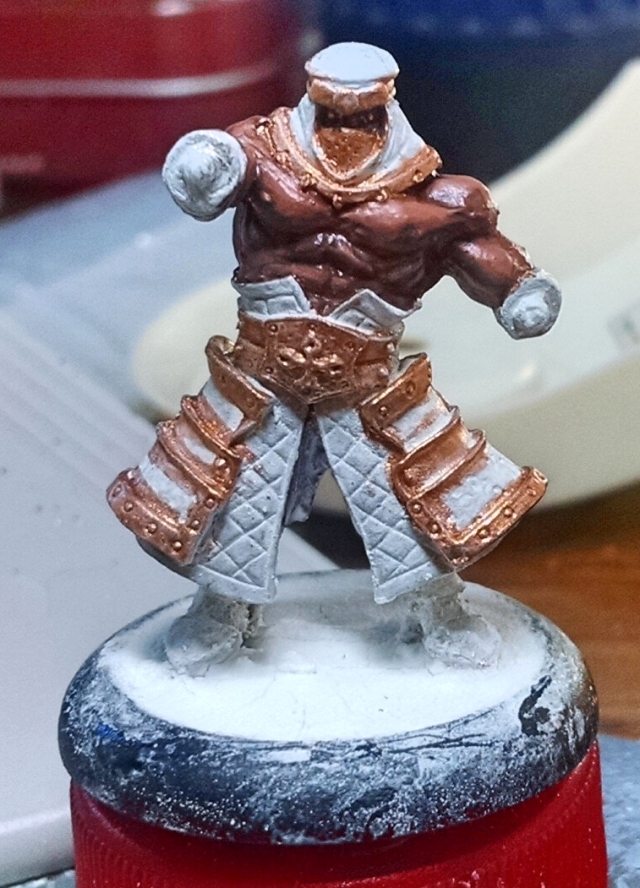 Next Sanguine Base for most of the cloth. Hands too. 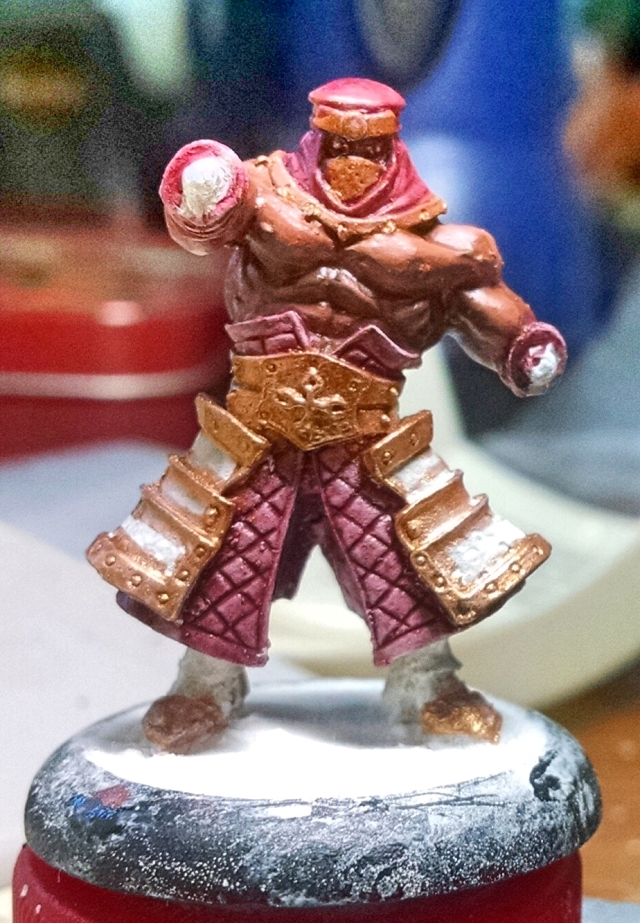 Iron Hull Gray for the leg and the thigh armor, the back of the belt too. Put some Cold steel on the feet and the ball and chain. 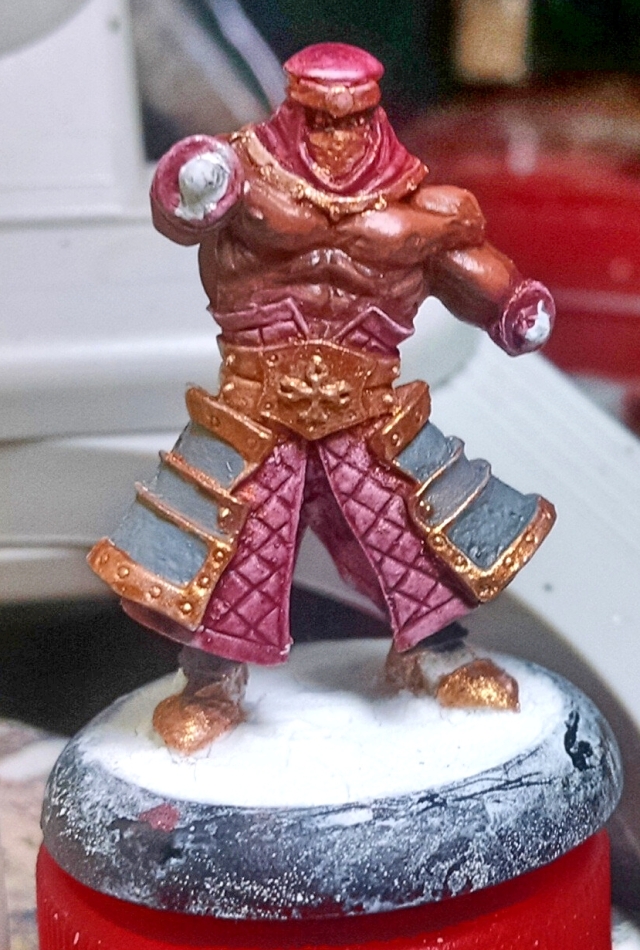 Did some Sanguine/Exile Blue shading on the cloth, some black wash on the gray and steel. Did a Sanguine base, Umbral Umber and brown Ink on the gold.

Now that he is all dark and blue, I need to lighten him up and make him kind of Red again.

Ran out of time and energy again. Hope to detail him tomorrow and start on of the units. Some Zealots, ya, why not, they look easy. Only 13 of them.

Still recovering from Con Crud. 16+ hours days and a hotel room that wouldn’t get above 63 degrees at night didn’t help at all.

So I have something to do while waiting for the Swine!!!